Claims for workers' compensation are most often associated with people who work in labor-intensive or seemingly dangerous roles. However, an on-the-job injury can occur in any capacity, including a role as an educator. Just as any other employee, teachers have the legal right to seek compensation for their injuries when they are hurt while performing their duties.

As an educator, you have the option of working in a public education system, such as a state-sponsored school, or the private capacity, such as at a private school. The most important thing to remember is that it does not matter which capacity you work in, both government and private organizations are required by law to provide staff with workers' compensation coverage, which can include access to care and compensation for medical treatment and missed wages.

A teachers' work is thought to only involve educating students, but teachers are so much more. As a result, their injuries can be brought about by a third party, such as a student or co-worker. For example, if a teacher attempts to break up a fight between students and is injured in the process, the injury will typically count as an on-the-job occurrence. Another example might involve a school security guard attempting to break up a fight, who bumps into you and causes an injury.

Although there are a number of injury-causing scenarios that can require a teacher to file a workers' compensation claim, it is important to note that educators also have duties and obligations. Even when the individual has sustained an injury if the cause of the incident can be attributed to a lack of effort to safely perform their duties and obligations, any claim they submit could be denied.

A career as an educator is beyond stressful. Children come into classrooms with a variety of non-academic concerns, such as abuse in the home, strenuous economic circumstances, and other factors that affect their classroom work. Over time, taking on these obligations and working hard to support these students in any way you can, can cause depression, severe stress, and other mental health concerns. Keep in mind; all these non-physical injuries can be included as a workers' compensation claim.

If you have sustained an injury while working as an educator, contact an attorney for assistance with your workers' compensation claim as soon as possible. A workers' comp attorney can provide more information. 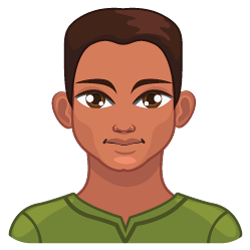